The Greater Mahale Ecosystem, with the Mahale Mountains National Park at its core, covers an area of almost 20,000 square kilometers. It is an integral part of the globally recognized Eastern Afromontane Biodiversity Hotspot, MMNP hosts a long-term study of wild chimpanzees that dates back to 1965 (Nakamura et al. 2013).

Nonetheless, the GME hosts more chimpanzees than any other ecosystem in Tanzania, including an estimated 1,374-1,804 individuals outside MMNP (Stewart et al. 2014), as well as critical areas with other large, mammalian fauna such as elephants. Areas peripheral to MMNP serve as critical habitat connectivity to Katavi National Park. 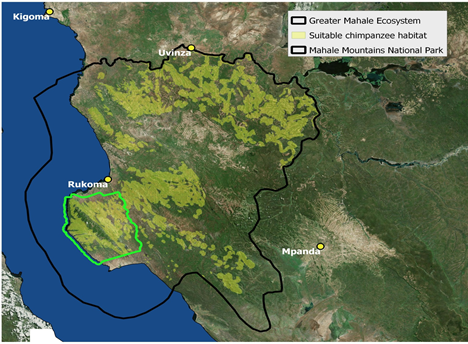